With the start of the County Championship just around the corner, I take a look at the five young players to look out for during the 2013 season.

2012 brought the likes of Joe Root, Danny Briggs and James Harris into England recognition and these five men will hope that first-team opportunities in 2013 will lead them down a similar pathway. 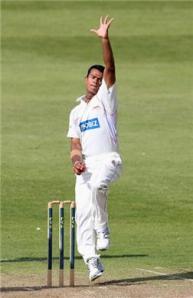 The 19-year-old allrounder first rose to promise in 2011 when he scored 134 on his first-class debut against Loughborough MCCU – In doing so he became the first Leicester-born player to score a hundred on debut for his home county.

A hard-hitting batsman with a good temperament, Thakor has shown remarkable talent from a young age. He was first signed up by Leicestershire as a nine-year old and has not looked back since.

His school highlights included a score of 237 for Loughborough Grammar School and an unbeaten 219 for Uppingham – a school who awarded him an all-round scholarship at 13-years-old.

Since leaving school, Thakor turned down university opportunities from Cardiff, Durham and Loughborough in favour of signing a three-year professional contract with his county, a move that seems justified by his 2012 form.

With James Taylor having left for Nottinghamshire ahead of the 2012 season, Thakor was left to pick up some of the batting slack and did not disappoint. His six first-class appearances yielded 427 runs at 61 and included four fifties.

His most impressive batting performances included an unbeaten 85 on a green top against Hampshire and dual knocks of 61 and 38no to save at draw at Northamptonshire.

Such was his Championship form, that it was a shock that he was overlooked for England’s U19 World Cup squad in August. He did however return to the U19 set-up as captain earlier this year, only for injury to rule him out.

If he can go about replicating his 2012 form then a call-up to the England Lions set-up is not out of the equation in the next twelve months.

Not since Steven Finn has there been such hype over a tall English fast bowler and Topley certainly has the same talent and qualities to make a similar mark on the international game as Finn did a few years back.

The 6’7 left-arm fast bowler first hit the headlines for Essex in early 2011, where he burst onto the scene with 14 wickets in his first three County Championship matches, aged just 17.

Two-years on and having already represented the England Development and Lions squads over the winter, the future looks very bright for the Ipswich-born man to follow in Finn’s footsteps and represent his country.

Despite his early success, Topley was used sparingly in first-class cricket last season and was restricted to just three Championship matches, taking 11 wickets at 31.82 in the process.

It was limited overs cricket that he really caught the eye in. First he helped Essex’s T20 campaign by taking 17 wickets in nine matches and then he returned from the U19 World Cup as the tournaments leading wicket taker with 19 wickets at an average of just 9.10 and an economy rate of 3.17.

He remains an incredibly grounded man, mainly thanks to his father Don, who himself played for Essex and Surrey and it won’t be long before he is given further England honours.

If injuries stay away then he has the potential to form a deadly potent opening partnership with fellow youngster Tymal Mills (20) this season, as Essex look to spark a promotion push. 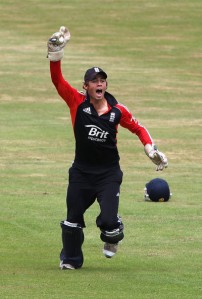 Like Topley, 20-year-old wicketkeeper-batsman Foakes is held in high regard by the Essex hierarchy and Graham Gooch in particular.

Despite having only played five first-class matches to date, Foakes’ potential is there for all to see and it was this potential that saw him make his first-class debut against the touring Sri Lankan’s in 2011.

He made his Championship debut against Leicestershire the following summer, and impressed with a flashy 93 –that included no fewer than 14 boundaries.

His fine Championship start was followed by an impressive showing at the U19 World Cup, where he was England’s vice-captain and leading run scorer with 234 runs at 39.

He spent the winter with the England Development squad in India, where he worked on his batting with Mark Ramprakash and Graham Thorpe, before he joined up with the Lions set-up for their tour of Australia in February.

Although he is a keeper-batsman, it’s his batting that has earned rave reviews in recent times; comparisons have been drawn with his Essex teammate Alastair Cook and playing as a specialist batsman looks his best way of forcing his way into the starting XI this season as captain James Foster is the incumbent behind the stumps.

The departure of reserve keeper Adam Wheater to Hampshire will also mean that should anything happen to Foster over the course of the season then Foakes will be next in line to keep wicket.

If he can work his way into the Essex middle-order during the summer then there will remain opportunities for him continue his international career that has seen him represent his country at every stage since under-16 level. 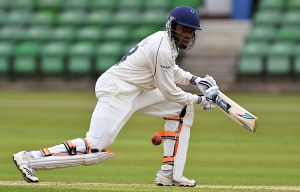 Bell-Drummond is another player that has been involved with the England U19 set-up in the past year and is regarded as the next great opening batting hope to develop after Joe Root.

His idol is Brian Lara and it is clear to see a calypso style to his batting – mainly brought about through his father Percival, who himself played Minor Counties cricket.

The 19-year-old aggressive right-hander has been around the Kent set-up since a seven year old and has represented his country since the age of 15.

He continued his rich promise whilst at the highly successful Millfield School in Somerset, a school that’s alumni includes: James Hildreth, Craig Kieswetter, Rory Hamilton-Brown and Tom Maynard amongst other, before he signed a three-year contract with Kent in 2011.

He made his first-class debut whilst still at school as a 17-year-old, making an impressive 80 opening the batting against Loughborough MCCU.

He followed this up by hitting 40 off 32 balls in his Pro40 debut against Worcestershire a few months later and finally made his much anticipated Championship debut at the end of the 2011 season, replacing the injured Rob Key.

2012 saw him mainly involved in Kent’s second XI but his chance to shine came in July against the touring South Africans. Opening the batting with fellow youngster Sam Northeast, Bell-Drummond scored 42 and 48no against an attack compromising of Dale Steyn, Morne Morkel, Vernon Philander and Jacques Kallis.

Big things were expected of him in the 2012 U19 World Cup but he disappointed with just 57 runs at 9.50 in six innings before returning to Kent to play in their final Championship match of the season, where he scored 33 and 0.

Despite Northeast and former captain Key currently holding the opening slots, there have been murmurs that Key will drop down to number three and let Bell-Drummond continue his progress alongside Northeast at the top of the order.

Overton is one of two twin brothers (His brother Jamie is the other), who broke into the Somerset side in 2012, and the 18-year-old bowling allrounder has been compared to a young Stuart Broad in recent times.

Both Overton twins came to Somerset’s attention in 2011 when they helped North Devon win the Devon Cricket League and Devon win the Minor Counties League.

He made his Championship debut against Lancashire in April 2012, ahead of brother Jamie and went on to make a further six first-class appearances during the summer. Although he disappointed with the bat making just one fifty, he did take twelve wickets at 30.35 and his batting must be given time to develop.

Both Craig and Jamie were involved in the U19 World Cup last August and Craig impressed as much as anyone in the squad with 122 runs and five wickets as England finished in 5th place.

He was awarded a place on the Lions tour of Australia in February and played six matches in all, but he will be disappointed with his overall rewards with both bat and ball.

2013 will see Overton again up against his brother along with Adam Dibble and Gemaal Hussain for a place in the Championship side to provide the pace bowling options alongside stewards Alfonso Thomas and Steve Kirby.