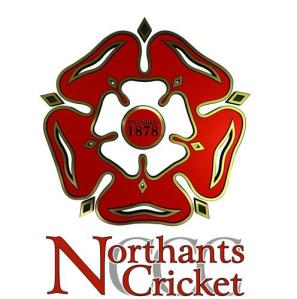 Just ask the Northants fans – who in 2011 – found themselves in a similar position to what they are in now. That was until they entered the final match of the season against Gloucestershire needing to better Surrey’s points total in their match with Derbyshire.

For Northants it ended in heartbreak. Despite beating Gloucestershire and gaining 22 points, they could do nothing about Surrey result against Derbyshire. As it turned out – Surrey not only won, but they gained 24 points in doing so and pipped Northants to the second promotion spot by just a single point – such margins can be the difference between agony and ecstasy in County Cricket.

This time round Northants will hope that the lead they have built up over their first six matches of the season can help them avoid another final game shoot-out with their nearest challengers.

The fact that they are in such a lofty position is mainly down to their array of fast-bowling allrounders.  The quartet of Trent Copeland, Steven Crook, Andrew Hall and David Willey have not only provided the majority of their wickets but have also scored the bulk of their runs – masking the lack of runs from further up the order.

Perhaps the best of the lot has been overseas signing Copeland. The 27-year-old Australian seamer has exceeded all expectations with excellent performances with both leather and willow in hand. Figures of 116 runs at 55.33 and 27 wickets at 18.25 – suggest true allrounder status.

Copeland is not a glamorous name when compared with Northants’ overseas signings of the past (Bishan Bedi, Kapil Dev, Curtly Ambrose, Matthew Hayden and Mike Hussey to name just a few) but he is the ideal modern day County signing – A line and length bowler who can contribute with the bat down the order.

Indeed his batting has surprised many this season but he did come with a reputation as a lower order hitter from his time with New South Wales. It was only as recent as February that he scored his maiden first-class hundred and he finished the Sheffield Shield campaign with a batting average of 34.72 across his eight appearances.

Copeland is not the only Australian-born bowler who has reaped early season rewards in both disciplines for Northants. Journeyman Crook has been a revelation since re-joining the club from Middlesex over the winter.

Crook hasn’t always found the going so well, since making his first-class debut for Lancashire over ten years ago he has managed just 57 first-class appearances. Since first signing for Northants in 2005, he found the going tough and after a spate of injuries at Wantage Road he stepped away from the game in 2009 before signing for Middlesex in 2011 and returning to the form his potential suggested.

This season, Crook’s form has been a revelation for all to see in Northampton, not only has he taken the wickets many knew he was capable of (24 wickets at 19.54) – he has also excelled with the bat – regularly digging his side out of a hole with late order hitting of the highest class. 249 runs across five innings at 62.25 suggest more than just a lower order slogger.

The case of Willey is a much simpler and local story. The 23-year-old is the son of former Northants and England allrounder David and has progressed through the counties’ youth programmes; making his debut in 2009 he led the club’s bowling charts last year with 43 first-class victims.

The left-armer has lived up to last season’s hype with 24 wickets at 24.33 as well scoring 193 runs at 27.57 with the bat and he is now a vital clog in the Northants wheel of success.

Experienced former South African allrounder Hall, 37, has been vital to the balance of the side with both runs from number five and important wickets as a second change bowler. Since relinquishing the captaincy after the side’s poor 2012 campaign (where they finished second bottom) Hall has topped the batting charts with 362 runs at 60.33 along with claiming 15 victims at 23.20.

As well as improving the form of Hall, the change of captaincy as done wonders for Northants as Stephen Peters has taken over the role like a duck to water. The veteran opener has not only been astute with his on field skipper duties but he has also contributed 311 runs at 51.83 before a broken thumb ruled him out for six weeks.

Whether Northants can keep up the pace at the top of the table is a different matter all together. Copeland will return back to Australia when his time as overseas player comes to an end at the conclusion of this week’s fixture against Worcestershire and his presence will be highly missed not just on the field but in the dressing room too.

A lack of a quality spin bowler could also affect the side later in the summer as the pitches will likely change from the seamer-friendly surfaces Northants’ attack are geared towards to more dryer spin-orientated affairs.

A lack of such slower bowlers has yet to affect Northants as off-spinner James Middlebrook has be only been required to bowl a handful of overs – largely to keep the quicker men fresh.

Although Middlebrook is an experienced campaigner, he is unlikely to run through sides the way former Steelbacks’ Graeme Swann and Monty Panesar once did.

Elsewhere across the spinning cupboard, Con de Lange has disappointed since arriving on English shores last season. He managed just three first-class wickets in 2012 and will find himself further down the pecking order upon the arrival of former left-arm spinner Graeme White – who will rejoin the side next week on a one month loan deal from Nottinghamshire.

Despite a relative lack of quality spin options, the club do have depth elsewhere. The recent draw with Leicestershire brought up the potential of England U19 wicketkeeper Ben Duckett – who scored a maiden fifty on his first-class debut covering for regular keeper David Murphy – who was away with the Scotland set-up.

Another England U19 player, Olly Stone, has also been gifted limited opportunities in the side this season due to the form of the incumbent seamers and with Copeland soon to depart – chances are the 19-year-old will be given a chance to stake his place as a regular in the coming weeks.

Other options in the bowling department include Pakistani Azharullah, who recently took 3-59 against Hampshire as well as Lee Daggett – who has impressed in recent second XI fixtures.

To have such options in the bowling department despite the departure of Jack Brooks to Yorkshire over the winter, is decrement to the system Northants have. They have in recent years been criticised for fielding too many Kolpak players, but the county are now moving themselves away from that avenue towards a more home grown approach.

The top order batting remains a concern. Despite runs from Peters at the top of the order and the quartet mentioned above, only Rob Newton with 251 runs at 41.83 can say he has done justice to his talent with the bat so far this season.

Keeper Murphy along with Alex Wakely, David Sales and Kyle Coetzer have all averaged between 17-21 and the report card would read – must do better!

The questions remain for Northants and with matches against Worcestershire, Leicestershire and Lancashire to come in the next month – many of answers could arrive before June is out – will it be the ecstasy of 2003 or the agony of 2011?