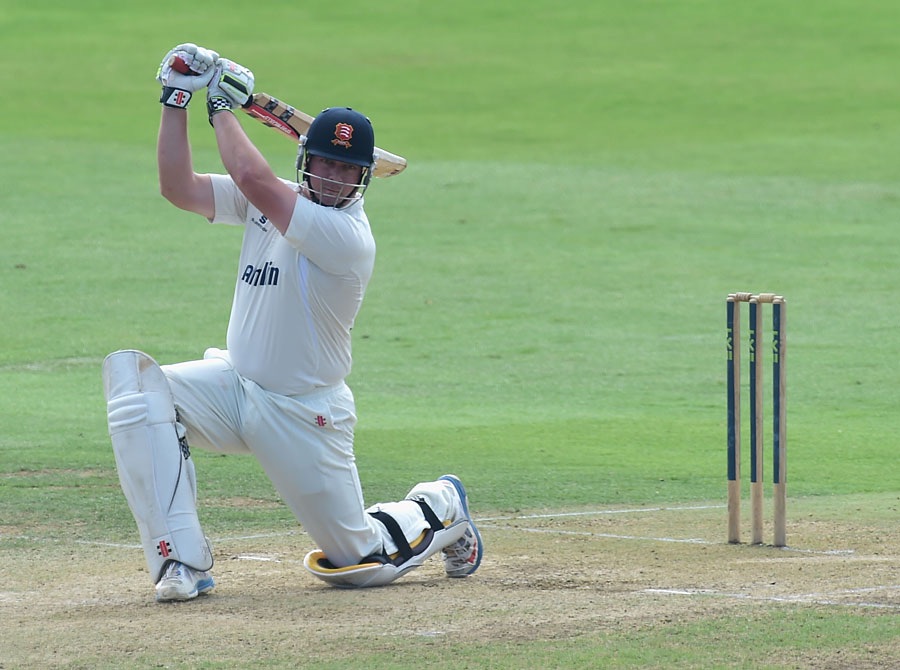 So Jesse messed up again then.

In the past few weeks I haven’t been able to get Jesse Ryder out of my head.

At the beginning of the month I visited the University Oval in Dunedin, Ryder’s adopted home ground with his third state side Otago and then came out stories in the media of his reintroduction into a national A touring side and talk of a possible World Cup berth for the entertaining hitter.

Things started looked promising once again – could the Wellington-born maverick be making his way back into the Blackcaps setup just in time to make a strong World Cup claim? After all his country has just lost comprehensively to South Africa in a home ODI series – Where the need for another opener was evident…But this is Jesse, Jesse tends to f**k up once things start looking up for him!

And so it was. After been named in the New Zealand A squad for their tour of the UAE – Due to begin this weekend, he withdrew from the squad citing personal matters after a meeting with the Otago Volts management in Dunedin last Monday morning.

Despite the fact that the statement from NZC General manager of national selection Bruce Edgar read: “Jesse Ryder has withdrawn from the tour due to personal reasons, NZC respects Jesse’s decision and is currently considering options for a replacement.” Something didn’t seem quite right.

So It was not a huge surprise to learn that Ryder had missed Otago’s Super Smash match in Christchurch last Sunday because he missed the team’s flight out of Dunedin on the Saturday after an evening drinking in his new hometown following an Otago Volts social golf day on Friday. – It all read a strikingly disappointing but familiar story as far as Ryder is concerned.

It was hardly a shock that it all ended this way. You can’t blame New Zealand Cricket for wanting to reintegrate him back into the side with the World Cup approaching – They know how good both a player and a marketable opportunity he can be, but in the end it’s up to Jesse himself and right now he seems unwilling to want to return to international cricket.

When asked about Ryder after the Blackcaps recent ODI series loss to South Africa, captain Brendan McCullum distanced his team from a return to the powerful all rounder.

The gist of what McCullum said included terms such as: “Got to make sure Jesse is desperate to play for New Zealand” and “We will not compromise the team dynamic.” Hardly terms that make it seem Ryder would have been easily accepted back into the group.

That’s what made his selection a surprising one only a few days after McCullum had made it clear he didn’t particularly want Ryder back in the setup – the national selection committee promptly named him for the forthcoming A tour of the UAE.

Ryder had seemed keen to force his way back into the national team at the time of the squad announcement by saying the right things expected of him:

“It’s just a stepping stone and hopefully it’s a good one for me and I’ll go over there and just do what I need to do to show them I’m still keen to be a part of it.”

It defiantly seemed that he had woken up and realised that there might be a chance of a potential inclusion in the World Cup provincial squad of 30 to be announced next month.

“It’s definitely something I want so I have to put the hard work in first and see what happens. The A tour is the first step of it.” He added further.

But things change quickly for Jesse. After blasting his way to a match winning 136 off 57 balls against an Ireland XI a month ago, he quickly rejected the chance to take part in a North verses South Island t20 clash to kick start the Super Smash competition – Surely not the act of a man who was desperate to represent his country again in a hurry.

Without knowing the man, it’s hard to figure what goes through the head of Jesse Ryder and why he continually finds himself in such situations and predicaments. Some suggest he struggles majorly whilst in the limelight and it would be easier for him to continue playing domestic cricket instead of accepting the scrutiny that hovers around the game at the highest level.

During a recent visit to the Basin Reserve cricket ground in Wellington, I got speaking to a gentleman who has worked in the ground at the National Cricket Museum for the past five years and he suggested that the vibes he received were that Ryder was an isolated figure and a disruptive influence whilst playing for the Wellington side less than two years ago and many of the players were happy to see him leave for Otago last July.

What could have been?

Despite continuously working with a sports psychologist, it’s a great shame that Ryder hasn’t been able to put aside his personal issues over the years and fulfil the talent we all know he has.

It’s now not inconceivable that he may never add to his 18 Tests and 48 ODIs in the future and that we have seen the last of Jesse Ryder as an international cricketer.

He continues to be a man of the people and a modern day throw back of the cricketing larrikin’s of yesteryear. It’s the fact that he is different personality and enjoys a drink like us all that makes him a standout in a day and age when sport is becoming ever more professional and many of the great characters of the game have disappeared into retirement.

In the days directly following his life threatening assault outside a Christchurch bar in March of last year, one article that has stuck with me to this day was written by Australian journalist Jarrod Kimber on the site ESPN Cricinfo. Due to the seriousness of Ryder’s injury at the time, Kimber was asked to be on stand by to write a eulogy incase the worst happened, it went something like this:

Jesse’s worst made the media’s job quite easy. He churned out headlines, gave angry middle aged men their moral editorials and gave talkback radio days of free funny. Even on the field he never quite gave us what his wrists promised. Unfulfilled potential is the ugliest phrase in the sporting vocabulary.

At his best he was everything that was great about cricket. A shy man in a large body who could play a square drive so perfectly it would stop you in your tracks. If you ever saw one live, you’d never forget it. It was an immaculate cricket moment. This monstrous beast pushing the ball with statue stillness and perfect cricket hands in a gracefully delicate way. It was pure. It was artistic. It was flawless. It was brutal elegance and precision. It was a water buffalo doing a magnificent tango.

It was what cricket should be.

Most people try their whole life to do one thing absolutely as it was intended. Jesse did that almost every time he batted.

Now because of a seemingly violent act of randomness, Jesse has been taken from us. Leaving us with a few moments of cricket perfection, the sort that live in the stories people tell the next generation of cricket lovers.

Heroes, villains and artists don’t often come in the one package.

Although thankfully Jesse made a full recovery from that dramatic incident in Christchurch and resumed playing cricket twelve months ago, the Kimber article goes to show how adored Ryder is worldwide for his maverick presence on and off the cricket field.

He’s a player you want to come good. I find myself constantly willing him not to go off the rails again, but deep down knowing that he will again eventually let me and more importantly his fellow Kiwi’s down at some point – Just waiting for the day I open a webpage or pick up a newspaper and there it is…The oh for god sake Jesse messed up again story!

In a parallel universe he could have easily already played fifty Tests and made at least ten hundreds – similar figures to that of teammate Ross Taylor (59 Tests and 12 hundreds). But unlike Ryder, Taylor has kept his head down and made the most of his talent at the international level.

So what now for Ryder?

The chances are that he will go back to domestic cricket to be out of the media spotlight and start performing to a high standard once again. In the short term it remains to be seen if he will return to action for bottom of the table Otago Volts for their final two Super Smash matches in the coming weeks. The Volts have currently won only two of their eight matches to date and have no hope of qualifying for the playoffs.

After the conclusion of the current Super Smash series, he is set to head across the Tasman and participate in his first Big Bash tournament for the Melbourne Renegades after signing a deal with the franchise in June that will see him line up amongst the likes of current Australian ODI players Aaron Finch and Matthew Wade. A good performance over the pond could also lead to further interest from the IPL.

After performing outstandingly during his stint with English County Essex in the season just gone he was rewarded with a new two-year contract with the Chelmsford-based side. Despite being signed predominantly as a batsmen, his medium-paced seamers became a surprising weapon. Whilst opening the bowling in Division Two cricket he went on to claim four 5-wicket hauls and ended the summer with a bowling average of just 18.09.

His performances on and off the field certainly left a huge impression on Essex coach Paul Grayson who was in no doubt to the value that Ryder has brought to his side as an overseas player.

“He’s been great. He’s a super lad and he’s one of the most naturally gifted cricketers I’ve worked with,” he added. “Some would say we took a little bit of a risk when we signed him and we probably did. But we felt we could work with him and it’s been great.”

Despite his latest misdemeanour, one amongst many others across the past six years, Ryder is still only 30-years-old and with time on his side, it’s still not out of the question that he can make a name for himself on the international front in the next few years. Again the NZC selectors have taken the first step and shown a willingness to integrate him back into the setup – Now it’s over to Jesse to show he wants to represent his country once more.

Until then we will have to make do with videos such as these.